How To Do & Muscles Worked

Kettlebell swings are a hinge pattern movement that improve power through the posterior chain: glutes and hamstrings. The arms aren’t actually lifting the weight up. Instead, it’s the power from the lower body that is swinging the kettlebell out and up.

Which Muscles Are Worked?

How to do kettlebell swings Properly

Begin standing with the feet about hip distance apart and hold one kettlebell in your hands in front of you with the arms straight.

Next, assume a hinge position as you push the hips back, bend the knees slightly, and bring the kettlebell back between and behind the legs. Maintain a neutral spine.

In order to swing the kettlebell, thrust the hips forward, straighten the knees, and allow the kettlebell to raise up to shoulder height while keeping the arms straight.

As the kettlebell lowers back down, use control and re-assume the hinge position.

Repeat for the desired repetitions. 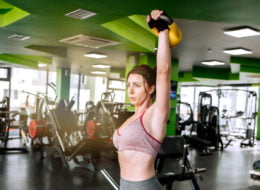 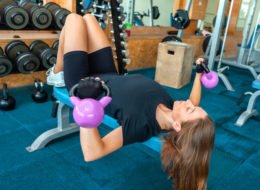 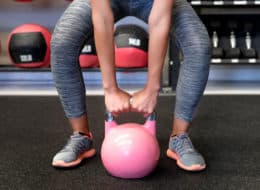 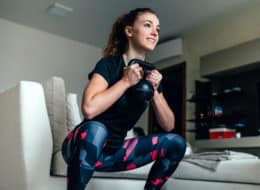 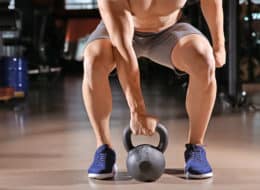 Kettlebell one arm clean and jerk 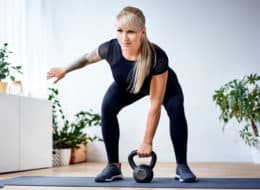 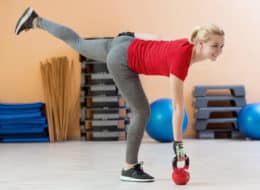